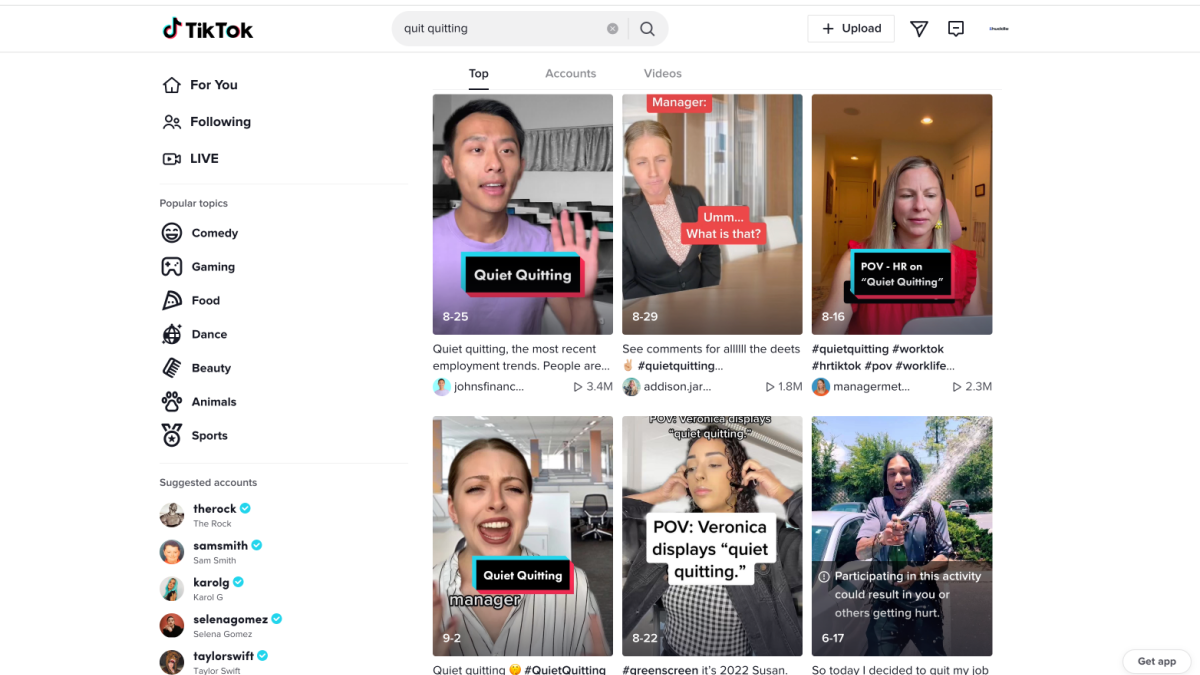 According to Google Trends, searches for “quiet quitting” were non-existent until a month ago. Now, it’s everywhere – on TikTok, where the concept has helped influencers build followings in the millions, and in the national media, where outlets from Business Insider to NPR continue to publish explainers dissecting its meaning.

The polling company Gallup has even conducted a study on the topic, finding that “quiet quitters” make up at least 50% of the U.S. workforce– and probably more.

Some have praised the fad for normalizing healthy boundaries and prioritizing work life balance. Others have seen it as another insidious symptom of the “anti-work” movement – or worse.

“It isn’t just about quitting on a job,” Ariana Huffington warned her followers on LinkedIn, “it’s a step toward quitting on life.”

But while the term itself is a recent invention, the phenomenon is not.

“Quiet quitting” is basically the “employee engagement crisis” that Gallup coined almost 30 years ago, compounded by pandemic burnout, and exacerbated by hybrid and remote work models.

And like so many other negative trends reverberating through the workforce, we’ve identified this one downstream of the real problem – disengaged managers and the leaders that “quiet quit” on them first.

The problem isn’t hard to diagnose.

The pandemic brought the “Future of Work” home 10 years ahead of schedule, and workers across generations, industries and wage levels, have had to adapt to massive change at an unprecedented pace.

And, in the rush to respond, many companies neglected to invest in the infrastructure their people needed to adapt along with them– including the middlemen left in charge of rollout.

Back in March, a report published by the Harvard Business Review explored the growing gulf between the strategic visions leaders outlined and the managers scrambling to implement them. Its authors described their findings as a “looming crisis”:

Another report, authored by Humu, a human resources software company, found that, while managers were spending 25% more time outside of work (and an additional 49% on weekends) learning new job functions,  56% of leaders, when asked about their manager development programs, complained they were too time-consuming.

And not only are managers not receiving the support they need to keep pace with their rapidly evolving responsibilities—many are under immense pressure to demonstrate capabilities they’ve gone their entire careers without having to tap. As The Atlantic observed, “A great manager (like a great coach) can take a good worker and make them great, or take an average worker and make them good,” but most have never been evaluated on their ability to manage people.

And yet, when it comes to engagement, managers are the most important players on the board.

They account for 70% of the variance in that metric. Investing time in their development should matter.

Now they’re stuck in the middle, the “frozen middle” as Harvard Business Review described it — the “much-maligned layer of management” that obstructs change rather than enabling it – and no one is giving them the tools they need to dig themselves out.

The truth is that business leaders may be focused on facilitating transformation and improving team agility, but none of that is possible if they leave their managers struggling with the basics.

Managers alone are in a position to know workers as individuals; help teams prioritize, nurture talent, create culture; and make workers feel connected both to their work and to the organization’s larger mission.

Only a manager can help employees create the “work/life balance” that many say is quiet quitting’s main objective.

… And if only 24% of American employees feel supported by their employers, leaders need to ask what they can do to help.