A Lesson on Employee Burnout from FX’s Hit Show, “The Bear” 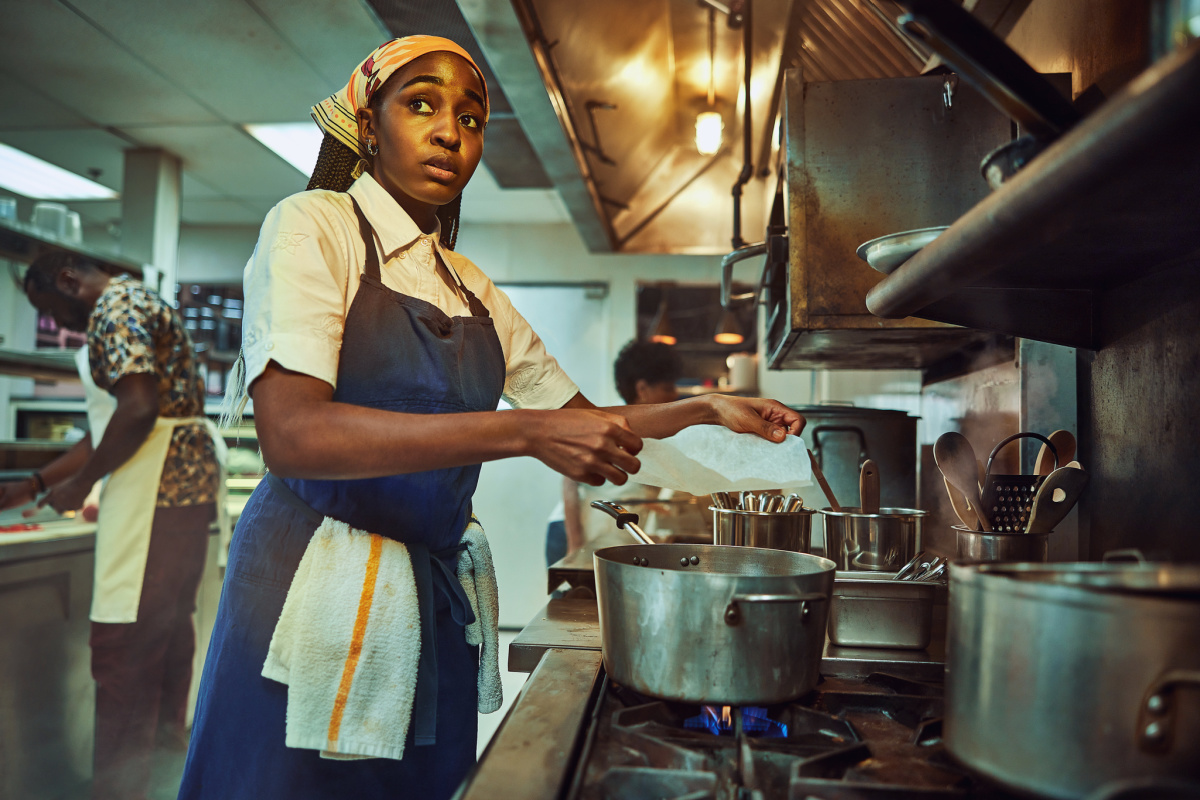 “The Bear” is a favorite show of ours here at 1Huddle. As a kitchen drama it’s funny and intense; full of heart, and tasty-looking Chicago beef sandwiches. It’s also fast-paced, with tightly choreographed back-of-house scenes that can make for nervy, stressful viewing.

Truth be told, most of its episodes clock in at less than 30 minutes and almost all of them are hard to watch sitting down.

But it’s that pressure-cooker pacing that makes it so much more than a show about the restaurant industry. As the New York Times pointed out last week, the environment it depicts is increasingly familiar to more and more workers in more and more industries:

“The Bear” is compelling not because of how it recreates a kitchen but because it captures something about modern work in general.

According to a report published in June by the Bureau of Labor of Statistics, with the exception of part-time workers, most Americans worked just over 8 hours per day during the week– regardless of education, or even number of jobs held.

Even then, no matter the industry, workers are increasingly scrutinized for how they spend their time once they clock in.

A former Facebook contractor whose job included scanning the platform’s posts for violent images, described to Business Insider the intense scrutiny they endured as the company tightened its belt. By the time they were let go, their computer logged any time of inactivity over 8 minutes as “time away,” which was then counted against their “allotted break time of a 30-minute lunch and a 30-minute break each day.”

Increasingly, when it comes to “the Future of Work,” employers are more worried about the future of the hourly jobs they can’t fill. Many businesses are having to do more with fewer people, and in some cases, are prepared to bet big on robots. Chipotle, in their bid to fulfill orders in “the high 20s to low 30s on a per 15-minute basis,” has invested in Chippy, “a robot that cooks tortilla chips,” and Hyphen, “a foodservice platform that created an automated makeline.”

In the end, everyone is in survival mode, and the opportunity to “explore your talent,” seems like yet “another luxury the ‘working man’ can’t afford.”

During the course of the show there are many times when employee passion seems in direct conflict with production, but not matter what — whether it’s a pastry chef’s pursuit of the “perfect donut,” or an enthusiastic sous chef’s attempt to install a digital ordering system— the show comes down on the side of people who care.

When his sous chef Sydney, played by Ayo Edebiri, tells him, “I think this place could be so different from all the other places we’ve been at,” she’s not talking about the food.

At the end of the day, people want more, and their work has to mean more than the jobs they do.

Passion can be risky, but it’s the surest way to avoid burnout. A job that makes space for workers to cultivate theirs is a place where the work people do can be a reward in itself. Head chef Carmy, played by Jeremy Allen White, for all his faults, understands this.

They may only be making sandwiches, but as he explains in the first episode, when they’re in the kitchen, everyone is “Chef.”

Which is why, “The Bear,” at its best, doesn’t just capture the frenetic pace of modern work, but an aspect of what should be its reward.